Mamata Banerjee has been in the news lately because of the elections in West Bengal. However, being in the news is nothing new to her. From when she burst onto the political stage, first against the Left government, she has commanded attention. Knows as a fearless opponent, she has established her presence and authority.

I wanted to analyse her chart from the point of view of understanding how her planets have shaped her and enabled her to reach these heights. 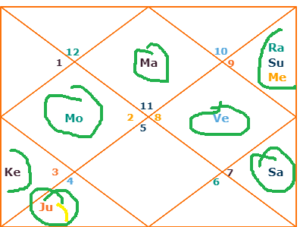 Dasha periods and their interpretation

Why will Lord Rama wear green clothes in Ayodhya, on August 5, 2020?