Moon is rightly the queen in astrology. It controls ones emotions and an ill placed Moon can lead to emotional devastation in ones life leading to all kinds of chronic issues right from emotional instability, anxiety, depression to heart attack and stroke, if not controlled by way of remedies measure both astrological/spiritual and medical.

Let me by way two cases studies of people in the news demonstrate this. As you would see that in both the cases the Moon is of a good quality, it is exalted in the case of Rahul and in its lord house in the case of Remo and hence they have achieved a lot of success and become well known in Mumbai. But critically due to it being in ill or evil houses, 12th is case of Rahu and 6th in case  of Remo, has taken its pound of flesh from both of them and hence the criticality of the house of placement of Moon despite its good quality is underscored. 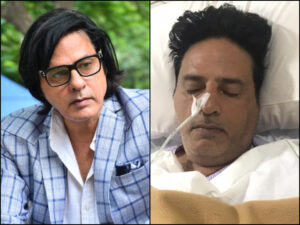 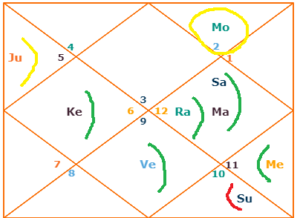 As you can notices that even though he has Moon exalted in his 12th house giving him everything in his life but still it would give him emotional disturbances and make him prone to stress. Additionally his Sun in the 8th house being in an enemy position makes him more prone to negative thinking , fear in his heart and pessimism and it all becomes a cocktail for stress in his system, leading to stress induced illness. No wonder despite his excellent chart he suffered a brain stroke recently but by timely intervention was saved. How much he would recover depends on him and how he controls his stress as he is undergoing his Saturn mahadasha and even through his Saturn is well placed but it does give stress. With the right care he might recover a great deal but would always have to take it easy. 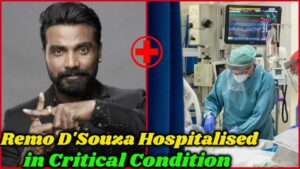 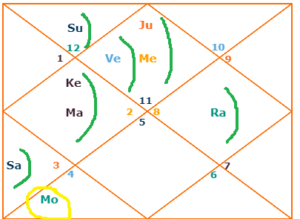 Remo’s chart is super excellent and shows a lot of drive in him due to which he as achieved a lot of success in his life. He is very positive person as all his planets are friendly and is also a go getter. In other words he has all the good astrological qualities that are needed for success and even his Moon is in its lord house in the 6th house. Hence success has come at a great cost of emotional strain on his system resulting in a heart attack from which he got saved and would in all probability recover but this a warning sign for him to take it easy on the emotional front.

Are you also worried about worrying too much? Get your charts analyzed and take preventive astrological and other actions before it is too late.

Can the lagna chart of Madhuri Dixit Nene be analyzed (hint – it all about her 10th house)?

Your question and you

What’s this about horoscopes?