Does Ketu lead to losing interest?

Ketu is always the opposite sign to Rahu, it is exactly 180 degrees away. Hence when we talk of Ketu we talk about Rahu too.

Ketu is also a shadow planet and its motion is exactly opposite to that of Sun and the Moon or like Rahu its motion is always retrograde.

During Ketu’s phase one generally tends to lose interest in a particular aspect of life, depending on the position of Ketu in ones chart.

It can also be called as quick, sudden and unexpected karmic payback time (especially with regards to what karma has been done during ones Rahu phase).

A person under the influence of Ketu would be more likely to resort to superstition and have deep spiritual inclinations.

In today’s kaliyug if that person while undergoing his /her Ketu mahadasha is married – then there would be strain in the marriage and could also lead to multiple marriages. Alternately the marriage chances of such a person would be unsuccessful despite efforts, regardless of the dasha period.

In other words under the influence of his/her Ketu the person would lose interest in his/her partner quickly and hence the chances of the marriage going awry or not happening at all is high; while his/her lagna house Rahu would prompt him/her to look for another partner soon or move on pretty fast. This when Ketu is well placed – as the 7th house is an auspicious one.

If one’s Ketu is ill placed then the chances of his/her Rahu being ill placed is also high. For example a person having his/her Rahu in the 6th house and Ketu in the 12th house would be taken out of action during his Ketu period. Such a person would be dogged by the combined severe mischief of Rahu and Ketu all his/her life irrespective of the dasha period. 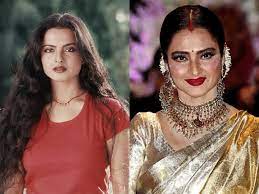 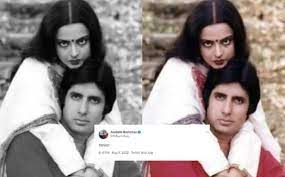 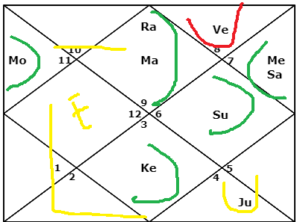