What does late Sheena Bora's chart say about her? 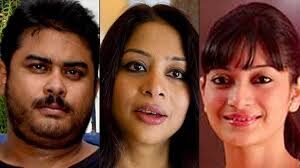 Sheena Bora was a young, vivacious and modern girl living in Mumbai and was killed by her own biological mother. These sorts of crimes are of the worst form where a human’s karma falls into the animalistic realm.

Though the case is still on going but whatever the punishment is given to the perpetrators of this crime by our Hon’ble Courts, the karmic punishment given to those involved would be so severe that they would suffer in this and their next multiple births.

In fact they could be taking birth in a predator animal’s family(living in air water or land) and be killed by their own parents. This would happen for countless births for committing such heinous a crime.

Sheena Bora murder case has gripped the nation as one wonders how can the person who gave her birth (her mother) be directly involved in killing her.

Though in astrology it is very difficult to analyze sudden deaths but still an astrologer can see indications and warning signs.

Many of the people who die sudden deaths in the prime of their lives have otherwise good charts.

Now let me take a look at the chart of Late Sheen Bora.

As per information available Sheena was born on 11/2/1987, 0340 Hours in Guwahati, Assam and was tragically and mercilessly murdered on April 24th 2012 by her mother Indrani at a young age of 25 years. 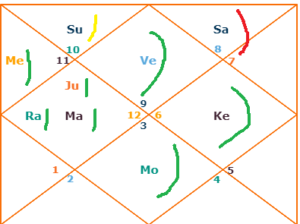 Dasha periods in her short life