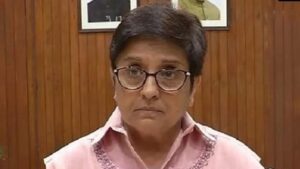 Madam Kiran Bedi is a household name in India and joined the IPS when there were hardly any women in the police force and being a trailblazer she paved the way for many to follow. She is truly a born leader.

Dasha Periods since birth and its interpretation

Can the birth chart of Prince Harry born on 15th September 1984, at 1620 hours in Paddington, England be analyzed?