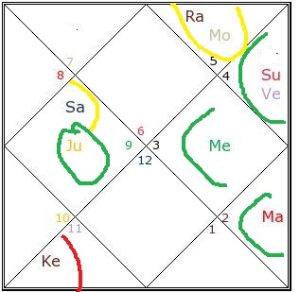 Let us analyze the present and immediate future Jupiter sub periods to see how this time as CM would be:

Drugs and dhoka: What planets shaped the life and death of Sonali Phogat?

Can any astrologer analyze the birth chart of Tom Cruise?