Mercury or ‘Budha’ is the prince in astrology.

Hence while an auspicious Mercury can make you a prince or a princess, giving you fame, fortune and luxuries of the world; an ill placed Mercury can even drag a king or a Queen on to the streets.

People with well placed Mercury in the 9th, 10th or 11th houses reach the pinnacle of fame and fortune. They lead very comfortable lives and are sophisticated and polite in their thoughts, speech and actions. Mercury protects them for the rough and tumble of life.

Most of the sadhus and sanyasis who have renounced the world and live in the jungles as reniciates all their lives can have a debilitated Mercury and hence their life of physical hardships.

The crucial difference between them and homeless people is that while the saints and sadhus have other planets auspicious placed and have voluntarily give up the materialistic life and the world; the homeless people have barren charts (including an ill placed Mercury as well) and are forced to live on the streets.

Mercury even though a very small planet in size, does have an influence on people living on planet earth cannot be ignored. No wonder it is called the prince in astrology.

You do not have to work hard when you have an auspicious Mercury, you get it all. If it is also accompanies by an auspicious Sun or Moon then you really would be a like a Prince in real life, having the protection of a powerful father (King or Sun) and/ or Mother (Queen or Moon). They just enjoy a life of fame and fortune and riches.

People with a well placed Mercury are also very intelligent but diplomatic or have a sweet tongue. They are liked by one and all and have many friends and well wishers.

Part of the package could be multiple marriages and / or a complicated personal life. 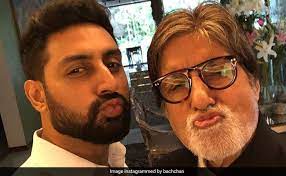 Let me further explain this by way of a case study of the Chart of Shri Abhishek Bachchan who needs no introduction. 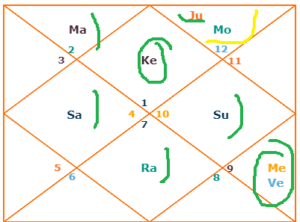 4th house of Cancer has Saturn [R] 04-49-10 – This is the reasons why he cannot professionally surpass his famous father.

12th house of Pisces has Moon 17-55-49 and Jupiter 26-17-18 (Lord House) – Mediocre in academics and can be emotional and sensitive but very lucky, mother is his real weakness.

Do I need to say more. A true PRINCE!

Can the birth chart of Bollywood actor and politician Sunny Deol be analyzed?

Can the chart of Elon Musk be analyzed?

Can the chart of Hillary Clinton be analyzed?