We have seen Dada, as Sourav Ganguly is commonly known, in many roles. Stylish batsman, successful captain of the Indian cricket team, captain of Kolkata Knight Riders, commentator, and BCCI  president, among others. With Assembly elections scheduled in West Bengal in 2021, will we see him in the new role of a politician? 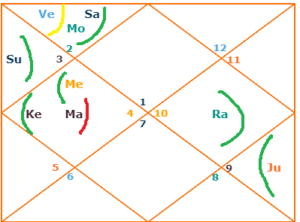 Can the kundali of CM of Maharashtra and Shiv Sena chief Uddhav Thackeray be analyzed?