Kapil Dev is like many other Indians my childhood hero too and I remember how much happiness I got when under his captaincy India won the World Cup of cricket in 1983. Being an all-rounder with excellent batting and bowling capabilities, I was rather surprised to read that recently he had some heart problems. Hence I decided to study his chart to determine if there is something astrologically that is responsible for his health issues and what his prognosis is. 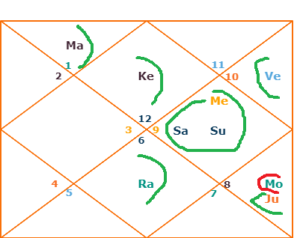 What does Vedic astrology say about Deepika Padukone?

What has the future in store for ”dada” – Sourav Ganguli?