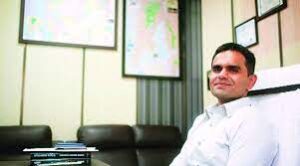 Sameer Wankhede, IRS (2008 – Maharashtra) – He is in the news since last year due to him taking on the rich and the powerful in the course of his duty as an employee of the Government of India. First it was investigating the drug angle related to the tragic death of Sushant Singh Rajput and right now it is related to this drug bust in which Aryan Khan is in the dock. What has come to light is that during the course of his duty he has taken on anybody and everybody who violates the law and hence has earned powerful enemies who are out to get him. Let me see what the chart all this officer tells me about his future.

ASC Aquarius 14-29-18 has Ketu [R]09-15-25 – Excellent placement which makes him bold, courageous and a calculated risk taker. Ketu in this house makes him not worry too much or one who does not take too much tension and he is able to deal with the stress in his life. This is in regards to his 8th house Moon and Saturn, which would be the cause of a lot of tension for him via his professional life.

7th house of Leo has Mars 15-57-09, Jupiter 16-23-16 and Rahu [R] 09-15-25 – Makes him a good team player, bold, courageous, very very lucky, would be lucky in competitive exams and also when required he can be very tactful. Makes him give in to the domination of his spouse and makes his married life very active. Rahu in this house means unexpected twists and turns related to one’s marriage –  of course the partners chart marriage matters a great deal and as we know that he had been married in 2006 and was divorced in 2016 in his then Jupiter mahadasha and again got remarried in 2017 in his pervious Jupiter mahadasha; in fact at its flag end. He also had three children from his marriages in his Jupiter mahadasha. Additionally, Very Mild Kaal Sarpa Dosha (VMKSD) also plays a major role in making him a total workaholic at the cost of his personal life. This (being a workaholic) is seen in the case of many successful and driven people but in his case, this could be the reason for the breakup of his first marriage and resulting legal issues, due to Rahu induced VMKSD.

8th house of Virgo has Moon 27-24-38 and Saturn 02-56-39 – This is a life defining house for him and makes him a bit of a sensitive person, he is a thin skinned, worrying sort and cannot forget things so easily – positive and the negative and this placement is never good for ones long term health and is also not good for the health of his mother who we know is deceased. Saturn in the same house makes one prone to work related stress and tension and even controversy and that would impact his health. This house take special prominence right now as he is presently undergoing his Saturn mahadasha which started in 2018 and this shall be a challenging time for him, in which he would be working very hard but controversies would dog him and can also negatively impact his career.

10th house of Scorpion has Sun 28-05-38 and Mercury 08-38-30 – This is the placement that makes him a successful UPSC/IRS official. Sun in the 10th house means strength of character, immense courage, authority and leadership qualities par excellence. Mercury in this house means that he would be living a life of a prince or in luxury with a silver spoon in his mouth and would be sitting in physically comfortable work environments all his life. His father is very auspicious for him.

11th house of Sagittarius has Venus 25-54-17 – This placement makes him well known, good looking, attractive, a ladies man and one who enjoys life. This placement is seen in people who make a good name via show business and here we have this brave officer who due to a conjunction of 10th ,11th and his present 8th house Saturn mahadasha is doing that in real life.

Saturn from 24/10/18 till 24/10/37 – This daredevil officer is truly working very hard to catch the bad people. His recently started Saturn mahadasha will test him to the limits and he may have taken in more that what he can chew; but his intentions are correct and during his SAT-SAT period till October 2021; the stress from his job would percolated in his married/personal life and also adversely impact his health. He would get relief after October and may be transferred to a relatively comfortable assignment as there is some relief seen post that in his SAT-MER period. He would not get the career rewards that he is used to during his testing Saturn mahadasha or there would be two steps forwards and one step back during this time in his profession.

I do not think that he is a person who has bad intent in his heart, as all his planets are direct or friendly. Infact he is a very positive minded and optimistic person. It’s just that he’s going through a tough time right now.

I would recommend that is seriously do the remedies for a Saturn. That can cushion the blow to his career to great degree and he can end his stint in this present investigation with his head held high after defeating his enemies who are out to get him, due to no fault of his – it all destined.

After his present Saturn mahadasha he would retire from service and then he could be acting in a biography based on his own life in his next auspicious Mercury mahadasha. 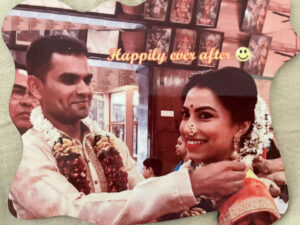 Will the stars help Biden-Harris unite a divided United States?

Who will win the UP elections (comparison of charts of the top 2 contenders) ?