Sir you have to be very specific in your question as as I see many issues in your chart but not all of those impact your life. Despite yours being a good chart, there are issues right now. Your question reminds me of an interaction that I with a guru-like figure in the late 80s – early 90s. 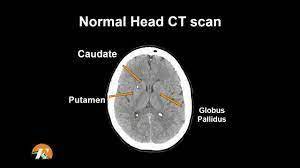 He was a neurologist, head of department of neurology at the KMC – Kasturba Medical College, Manipal. I had gone to him because I had a bad headache and I was not able to shake it off and one of the junior doctors at the hospital OPD had also suggested that I get a brain scan. I rushed to the neurology department and requested the scan. Those days, we students would get a ₹400 per year Medicare card for all medical issues. But I was told that the CAT scan is not recommended for me as I had no neurological issues. The good doctor told me that I had to pay the scan fee of ₹600. I went back to the hostel; ₹600 was a huge sum for me. I told my friends the story and by evening I had the collected the money. I went to the good neurosurgeon, with loose cash totalling the fee. The good doctor’s strict demeanour was now gone and he said something that I remember till now. 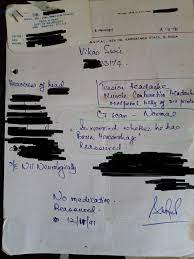 He said I’m telling you right now – your CAT scan will be ‘Normal’, but even ‘Normal’ scans can have many issues, though these may not impact the brain functioning. He told me to come to him with my scan report. I got the CAT scan result and it was ‘Normal’ as he had said it would be. I showed it to him. Before he could say anything, I folded my hands and told him I was satisfied and had also learnt my lesson for life! 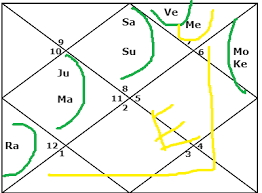 I mention this story because there is an analogy I can see. In any chart too, there are so many things that are good and bad that I can see – but not all of it impacts you living a ‘Normal” life. Hence, I do not know what to tell and how much to tell you. Unless and until you ask a specific question, it is difficult to give an answer that would satisfy you.

You have mild Kaal Sarpa Dosha and presently you’re going through your 5th house Rahu mahadasha; though Rahu by itself is placed auspiciously. So you would be troubled – but how much is difficult to gauge without more input from you. More so, as Rahu by itself is inherently tricky even in the best of circumstances. Hence, you should visit an astrologer and discuss your chart in detail. Some people are not comfortable opening up in a public forum with their personal information and I totally get that.

Also a salute to our front line workers in todays time of pandemic.

What does astrology say about Salman Khan’s marriage? Can a chart analysis be done?