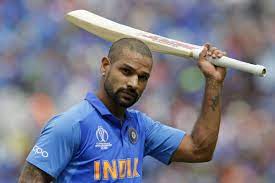 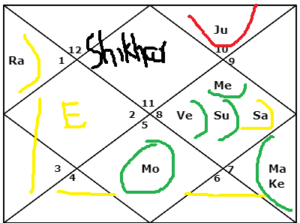 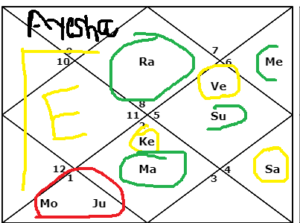 Ayesha, God bless her, is very dominated and quickly gets disinterested in her marriage partners or marriages and she’s interested in good looking and powerful men because of her Venus being enemy position in her 10th house and Ketu in the 7th house. She has Moon and Jupiter both ill placed, so there is always legal wrangling happening with the the fathers of the children that she has. She is emotionally a very sensitive person so that makes her get married quickly but get out of it also quickly and again this is a case of mild Kaal Sarpa Dosha too (MKSD). So, this is not a union that could have lasted. She also has mangal dosha and that makes it another reason for the union to be incompatible.

What is the marriage prognosis for Ranbir Kapoor and Alia Bhatt ?