Continuing the discussion with regards to the change in one’s palm line based on one’s karma.

On going through my old records, I found an interesting example. I have taken the required consent and have redacted all personal details.

A couple who had adopted a little child from India around more than 25 years ago  had come in contact with me at a party that they had thrown in celebration. As is my habit, I had seen the 2 years old child’s palm at that time. It was as below.  I remember I was not too impressed by the heart line and there was an absence of a fate line. It was a palm with 3 lines.  But as is the case a child’s palm lines are mostly evolving and hence it is not taken too seriously. The child was going to a developed country and had been adopted by a highly educated couple. 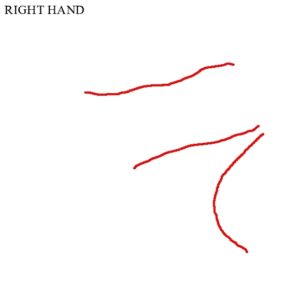 As destiny would have it, and in a totally in an unrelated event, soon even I migrated to the same country / city and decided to study there first and upgrade my education. Since I knew no one there, I contacted the couple on phone to ask whether I could come over. They happily agreed. Since then, I have been in regular touch with the family and they have become my friends. I spent around 2 weeks with them. The child was going to daycare. As is my habit, I saw their palms again (including the child’s) and I noticed a positive difference in his palm as below. 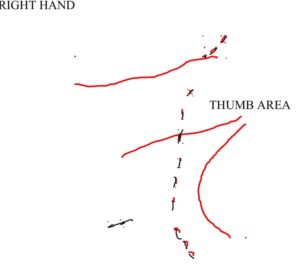 Cut to the present and the child is now about to get his licence as a cardiologist. For the past 6 years (every Christmas vacation), he comes to Indian on his own to visit the orphanage (from where he was adopted) and takes everyone there to the local McDonalds. I have seen his palm now and it is as below. 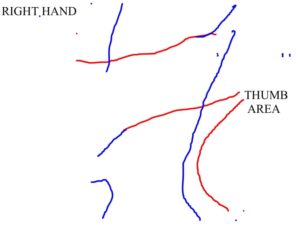 Look at the massive positive change in his lines over the past 25 years. The person is not interested in palmistry. The lines show the development of a wonderful fate line. He will do very well in his profession, travel the world, and lead a good life.

There is no idea of his place and time of birth since adoption cases in India often involve abandonment. The date and birth is usually approximated by orphanage authorities and doctors by counting backward from the date the child was found.

Can the chart of Shaheed Bhagat Singh, born on 28 September 1907, Banga, Faisalabad be analyzed?

Do Dhan yoga combinations make one a millionaire?