Shaheed (Martyr) Bhagat Singh has been an inspiring force for Indians ever since his martyrdom at a very young age. 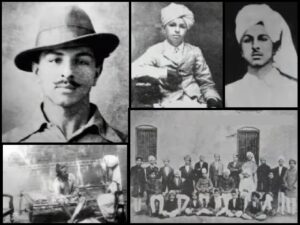 Therefore it would be an honor for me to do a chart analysis of Shaheed-E- Azam Bhagat Singh ji.

Bhagat Singh became the symbol of youth’s awakening in India and was always revered for his courage and love towards his country. He was also given the status of ‘Shaheed-e-Azam’ or shaheed by the people of India for his ultimate sacrifice.

There are discrepancies in the accuracy of his birth details which I would first address and then study his chart.

There is no discrepancy in his place of birth which is Banga (now in Faisalabad, Punjab Province, Pakistan) 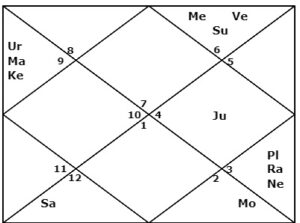 Dasha periods during his lifetime and its interpretation

Can the birth chart of Bollywood and fast becoming global superstar Priyanka Chopra be analysed? How would be her married life ?

Could Cyrus Mistry’s sudden death have been predicted?

What does the birth chart of ace boxer Mary Kom say?