If you suffer from mental illness, either major or minor, or know someone who does, please reach out for professional help. There is nothing wrong about that. Mental illness is an illness like any other. Take it seriously. Life is too precious.

Sushant Singh Rajput was a fine young man from a humble background who always gave his best. He was selected to the prestigious Delhi College of Engineering but left it to pursue a career in filmdom – in which also he rose very fast – only to lose it all. Like everyone, I am shocked at his untimely demise, and as I pay homage to him via this chart analysis, I want to know what happened to him astrologically. 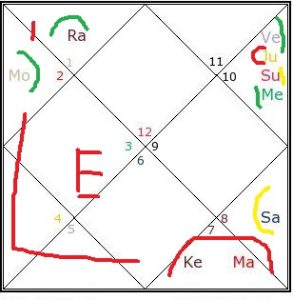