I would like to pay my tribute to Saroj Khan. Born Nirmala Nagpal, Saroj Khan was one of the most prominent dance choreographers in Hindi cinema, adding value to more than 2,000 films. She started acting as a child artiste at the age of three years. Her married life was complicated, being wed to a married film choreographer, B Sohanlal, in the early 1960s at the age of 13 years. She had three children (Source – Wikipedia). 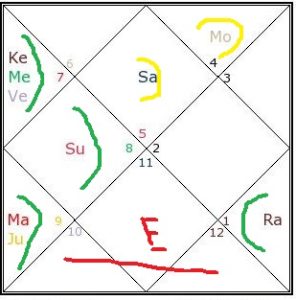 Is the chart of Theodore Robert Bundy (Ted Bundy), an American serial killer, active during the 1970s and executed by the state in1989, evil?