Indira Gandhi was one of India’s strongest and most controversial prime ministers, and also one of the most fascinating. A powerful politician who was the only leader, perhaps, who wore the ‘pants’ in her Cabinet, she was canny, fearless and formidable. Yet she made some mistakes that do not make sense given her experience and political savvy. These mistakes led to her downfall, and also her death. Can astrology explain what made her take those (mis)steps? Let’s take a look at her chart. 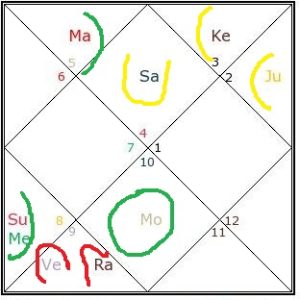 Critical Dasha in her life time and beyond

Will the Tiger roar again?