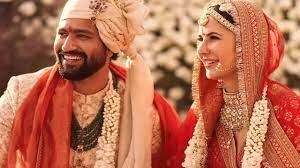 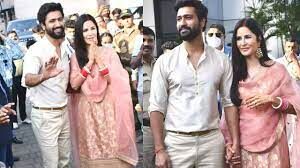 Katrina Kaif and Vicky Kaushal are Hindi film industries famous stars, with Vicky relatively new, while Katrina has been around for a longer time. They both are successful in their own right. Their recent wedding was the event of the season and it took place in great secrecy with the pictures of the wedding having been just released. While I also wish them all the best; but also thought that it might be apt for me to take a look at their charts with regards to their marriage and life. Life at that level of glamour comes with its own pit falls and pressures and let us see if they would be successful in surviving the intense glare and scrutiny. 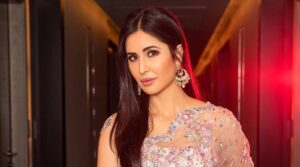 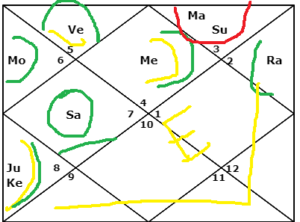 ASC Cancer 09-45-24 has Mercury 06-32-20 (Enemy) – Emotional but protective of herself and her loved ones; also, can be pretty rough if she gets upset though she can also keep a calm demeanour; this as her Moon is well placed in her 3rd house.

2nd house of Leo has Venus 09-58-31 (Enemy) – Tricky relations with parents and also love life would be up and down with many near misses and failures in converting love relationships into marriage; would be driven by ego when it comes to love and that would also be the cause of friction with her father.

4th house of Libra has Saturn 04-17-18 (Exalted) – This is the house that makes Katrina because exalted Saturn would mean that she would work hard and be active and she would also get the rewards for her hard work and it would take her to the heights of professional success and in the 4th house of Libra she would be a very balanced person, maintain good relations with people who matter and also would have a lot of landed property and wealth and conveniences due to her hard work and her mother would be very auspicious for her from the point of view of landed property and wealth.

5th house of Scorpion has Jupiter [R] 07-44-02 and Ketu [R] 29-51-17 – Even though Jupiter and Ketu are in auspicious house, that is the 5th house of innovative ideas, children and education but being retrograde it means that she would not be too much interested in her education or not be very well educated and she would also be having children very late or they could be via some unconventional method like IVF or adoption; there could be some legal issues, if she’s not careful and this includes legal issues including her parents or even in her marriage. Ketu being in this house also means that she would either not have children or would be estranged from her children; so, this is not a good house for her from the point of view of children and if she has them, she’d had them late or would be estranged from them due to legal issues, this is a very tricky house for her. Though her Jupiter is well placed in an auspicious house and presently she is going its mahadasha right now, at the time of her marriage and specifically her Jupiter-Mercury subperiod. So, the time is tricky for her and she has to be very careful and additionally more so as she has called Kaal Sarpa Dosha (KSD); so the chances of the marriage surviving are 50-50 rest depends on the chart of Vicki.

11th house of Taurus has Rahu [R] 29-51-17 – This is a very tricky house for her and though her Rahu is well placed but still she has KSD and this would impact her personal life or her married life and would make it unstable, so she would get married late as she has and also there could be trouble in her married life, if she is not careful and also due to this placement she would be traveling a lot and doing very well in her profession and earning a lot of money. Her Rahu mahadasha was just before her present Jupiter mahadasha and this was the time when she came to India, she earned a lot of money, flew all around the world earning money and had romantic linkups also but none of them turned out to be such a successful in terms of long term stability and even right now though in her present Jupiter mahadasha and Jupiter well placed in the 5th house; which is a bit stabler time for her but she has to be always very careful of her marriage.

12th house of Gemini has Sun 29-15-08 and Mars 17-32-10  (Enemy) – This is a troubling placement and this means that she would basically be a very quiet sort of a person, reserved and introverted and this would not be due to strength in her character but weakness; she would have insecurity in her mind, be pessimistic and negative minded, her relations with her father would not be good and she would not try to change the status quo; so there would be lack of courage and also there would be a lot of fear in her heart and additionally Mars also in this house means that she would be OK to being bullied around; she would not say anything, keep things inside her, so in some scenarios this can work to her advantage; but personally this is not a good placement because it makes her insecure and unhappy and also this makes her a manglik or gives her the mangal dosha; if I read this placement along with her ASC Cancer then she would be a giving person; even if you humiliate her or if you if you talk bad to her; as long as she loves you or she’s close to you; she won’t say much.

Dasha at time of marriage

JUP – MER till 7/ 4/22 – As mentioned retrograde Jupiter is placed in her 5th house and this means that even though the 5th house is very auspicious one and she has got married during the during this time but she has to be very careful of legal issues or health issues and even though she could have children but they could be through unconventional means; also her Mercury is well placed in her lagna house; but still it’s enemy positioned, so the chances of miscalculation in terms of marriage are high. Though Jupiter in the 5th house and Mercury in the lagna house is excellent in terms of auspicious houses but their individual planetary strengths could have been better.

This would be a marriage that would be tested. 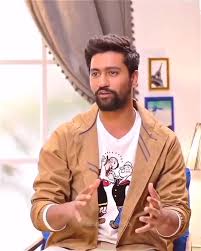 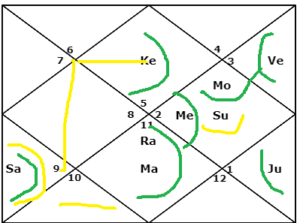 ASC Leo 03-05-21 has Ketu [R] 26-15-06 –Genuine human being, excellent leadership skills bold courageous and also a casual approach towards life would make him achieve a lot in his life, God fearing and one who also believes in mantra and tantra

5th house of Sagittarius has Saturn [R] 07-53-40 – Saturn in the 5th house, is a very auspicious house but it being retrograde, would give him a lot of stress related to his profession and he would somehow feel that his hard work has not yielded the required results. But Katrina’s exalted Saturn is a good balance to his retrograde Saturn.

7th house of Aquarius has Mars 02-26-35 and Rahu [R] 26-15-06 – This placement makes his courageous, bold and a consensus builder; he would get along with one and all and his romantic life would be active and this placement also makes him a manglik as is Katrina. Rahu in this house also makes him a dominating person by nature and there would be tricky twists and turns, in his married life which he would be challenged to control and additionally this is more so as presently he is undergoing his 7th house Rahu mahadasha he also has Mils Kaal Sarpa Dosha (MKSD)in his chart and the present time is tricky for him from the marriage point of view.

9th house of Aries has Jupiter 22-09-51- This is an extremely auspicious house for him and makes him very lucky in all aspects of his life, he would also be wise and educated and generous and also have healthy children and this placement would be a good counter to Katrina’s retrograde Jupiter from progeny issues.

10th house of Taurus has Sun 01-56-46 (Enemy), Moon 06-39-40(Exalted) and Mercury 23-45-58 – Though his Sun is enemy positioned and hence he would sometime have some up and down relations with his father, but his father would be the source of his wealth and also his exalted Moon in this house gives him supreme confidence and also makes him very wealthy on his own account and also do well in the film world and later turn into a producer and make good money; also he would be polite and sophisticated in his habits and could be a charmer and a genuine human being. This is a 7-star house and makes him very wealthy in the long run.

11th house of Gemini has Venus 06-01-26 – This is again a 7-star house and he would be married to a very beautiful and wealthy and well-known spouse, like Katrina, and be well known himself, he would enjoy his, life travelling the world and also, he would do very well in the film world and have name and fame.

Dasha at the time of marriage

RAH – SUN till 29/ 4/22 – Though this is the time when the chances of him getting married are very high due to his Rahu in his 7th house and the marriage and the relationship would have been quick; but at the same time this is a tricky time for him and his marriage; due to his Mild Kaal Sarpa Dosha(MKSD) in his chart and more so its adverse impacts is increased due to his Rahu mahadasha; in his married life and also Katrina had KSD and I hope that they both are doing their respective remedies as otherwise; despite all other planets being well matched; this issues is enough to derail the marriage. So, if any adverse things happen it would be all of a sudden – like one caught cheating or an unknown bad habit.

His MKSD along with his Rahu mahadasha is tricky for his married life and hence they both have to do the remedies for their KSD/MKSD at the bare minimum.

Can the chart of Kannada superstar Puneeth Rajkumar and his tragic untimely passing away be analysed?

How would the present retrograde Venus and soon to follow retrograde Mercury periods be? Can you document your personal experiences if any till date? Is the sudden spurt of COVID 19 – Omicron variant related?