As per my humble opinion the fault is definitely in our stars and I would answer this question by talking in brief about recent cases that have shocked India and have received media coverage due to the personalities involved. I also think that karma plays a very important role too. 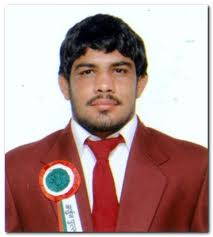 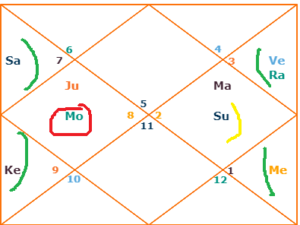 Sushil has an excellent chart with an exalted Saturn and he was born in his Saturn mahadasha and this means that due to his hard work he would achieve fame beyond his wildest imagination in his life and be wealthy, well known and have stupendous success in his life. He would live in luxury. The trouble in his chart is that the 2 most important planets in astrology that is Sun and Moon are the ones that are not well placed. His Sun is slightly off due to its enemy position and Moon is debilitated. This becomes a cause of concern as this shows the tendency of a person to not take the best decisions at times and especially when they involve his emotions and not be able to have control over one’s emotions and suffer a great deal due to it. Such people need a constant guide all their lives. Right now, in his Ketu mahadasha till 2024 he would face some uncertain times but his next Venus mahadasha is much better. But young Sushil always has to be careful of not getting carried away by his emotions as that would always cause him trouble in all aspects of his life, as is the case right now. 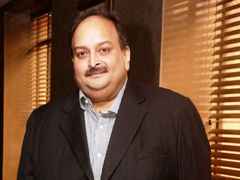 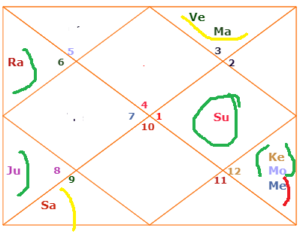 Mehul Choksi has exalted Sun that makes him very intelligent and bright and an excellent Moon too. Therefore, he is a smart and intelligent person who calculates all of his actions and is not impulsive by nature. But he has certain planets in his chart that would make him prone to over confidence and commit mistakes. His Mars is in an enemy position in his 12th house along with Venus representing an aloofness about him and wanting to work by himself and also, he has to be very careful of his dealing with the opposite sex as that could land him in big trouble. Additionally, his Mercury is debilitated and this means that he would be too optimistic to see trouble when it right ahead of him and this can cause him trouble related to his profession as he would antagonize a lot of people due to his 6th house Saturn. Right now, even though his Rahu is well placed but he has landed himself in big trouble and this would be a very tricky time for him as Ketu is exactly 180 degrees opposite and has Mercury placed in it. 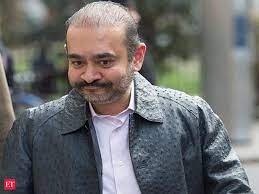 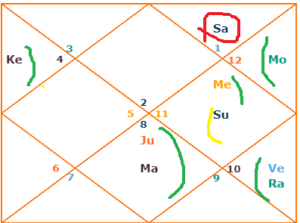 He also has powerful planets with Mars sitting in its lord house and that makes his suave and sophisticated and good at getting work done out of people or working with people. He also has Moon excellently placed in his 11th house, making him travel all over the world, be mentally strong and enjoy life. His 10th house is also excellent with well-placed Mercury which would make him polite to fault and earn a lot of money and move with the rich and famous and also live like a prince. But Sun being in an enemy position is some cause for concern in the 10th house as that denots money loss due to lack of foresight or proper thinking. His 9th house is also good with Venus sitting excellently and along with Rahu, so he would earn money via his family business, more than he ever expects and also live life in style with all the enjoyments. He would have a stable married life and his spouse would be by him and even work with him. But the trouble in his chart and the cause of all his misfortune is his debilitated Saturn in the 12th house and this represents, imprisonment and losses in foreign lands and related to foreign people and also incarceration is possibe due to one own bad karma. Some people call this jail yoga but via someone’s professional misconduct. Right now, he is undergoing his Venus mahadasha and he would be facing a tough or tricky time and this is more so as he may have planned his material enjoyments a bit too much due to Rahu in the same house.  A well placed Venus is always a double edged sword.

Final Comments and conckluion that I have humbly drwan

You would see that all of them are going through good dasha periods right now, though they are in dep mess and this is the reason why all of them would be fighting hard to save themselves.

Criminal propensity is caused either due to lack of control of emotions, or lack of intelligence or extreme overconfidence that causes delusion in a person and makes him to do bad karma.

Sun and Moon are generally well paced in people committing financial frauds as they have a scheming mind and generally plan well but they have troubling planets or the combination, that impacts of how ones think. Whereas violent crime is committed by people who have either a lack on intellect or emotional balance or both, despite other excellent planets.

There is never a one size fits all answer in astrology.

This is the conclusion based on the above 3 case studies which makes people literally fall from grace.

Why is the UPSC topper IPS Navjot Simi so famous?