Devendra Fadnavis was an unknown person on the national level before he became CM of Maharashtra in 2014. He was sworn in as the CM for the 2nd time for some days after the state assembly elections only to lose it. Let me take a look at his chart and see if power is seen in his future. 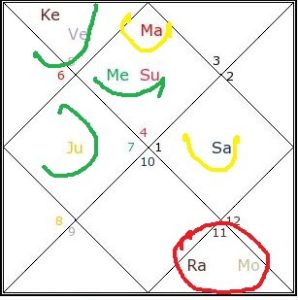 Is the birth chart of Ekta Kapoor studded with gold?

Do lines on the palm reflect life’s changes ?

How can Rahu’s placement in the lagna chart help? Can it be explained by way of a case study ?