I was in my 10th grade in Delhi and my board exams were going on (March 1986). Tihar jail came on the bus route from my home to the examination center/school. I remember what big news it was when Charles Sobhraj escaped from Tihar and was finally caught in Goa.

How can a person who has committed such heinous crimes be so charming that he can escape from person, live with full luxuries in prison, and have so many people going crazy over him, and also have books and a film on his life?

There have to be benefic planets that help him despite all notoriety. Hence, I decided to study his chart. 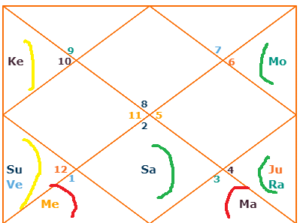 Can the birth chart of the Hon’ble Maharashtra CM Devendra Fadnavis be analyzed?